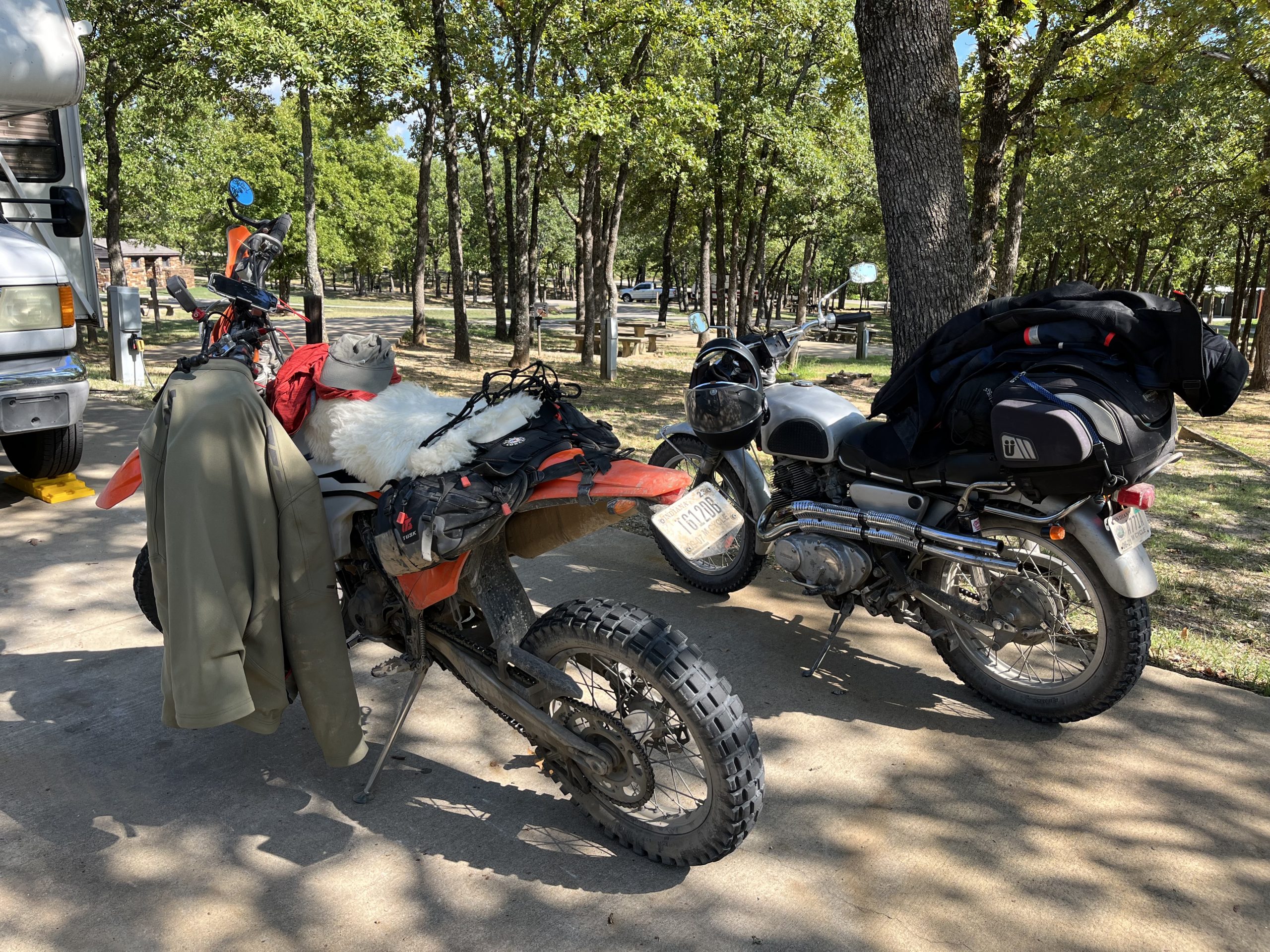 While the route and plan for the ride had been continually adjusted / improved, these changes were small and didn’t effect the general strategy or flavor if the ride itself. What had changed, however, from back in 2018-2019 was the choice of bikes. While the O.G. Plan was to use mini-bikes, the 3 years of riding had seen us all process through a wide range of bikes. In the spring of 2022, having fully committed to the “big one” for late summer, I sold my 1971 Honda CB350 and purchased a 2017 KTM EXC-F 250. I still call the KTM my “mini-bike” and very few people would consider the enduro-oriented EXC-F (especially a 250cc version) a suitable bike for a 1500 mile adventure / camping trip . However, compared to a 1970 Honda CT70, the KTM seems down right practical.

Mike, on the other hand had settled in on a 1965 Honda CL305 Scrambler as his ride of choice. I think a book about Zen and Motorcycle Maintenance has something to do with it – and the fact it makes him feel like Fonzy. Having built, and worked out the bugs on the bike over the course of a few years, Mike had created for himself quite a “fan club” of vintage Honda “nerds” in the online communities that would be following along with Mike’s social media post along the way… his story making him a super hero among collectors and restoration folks in the very vintage Honda scene. It was like riding with the “Kardashian” – every stop making a post for his loyal followers… just about one millionth less in the number of “likes” and now drama from Kenya.

The diversity of the two bikes is almost as severe as it could be (without choosing an early American Harley or Indian) The contrast was actually quite comical. Really though, the two bikes shared the same basic DNA and were built for the same purpose, just separated by nearly 5 decades of technology / improvement.