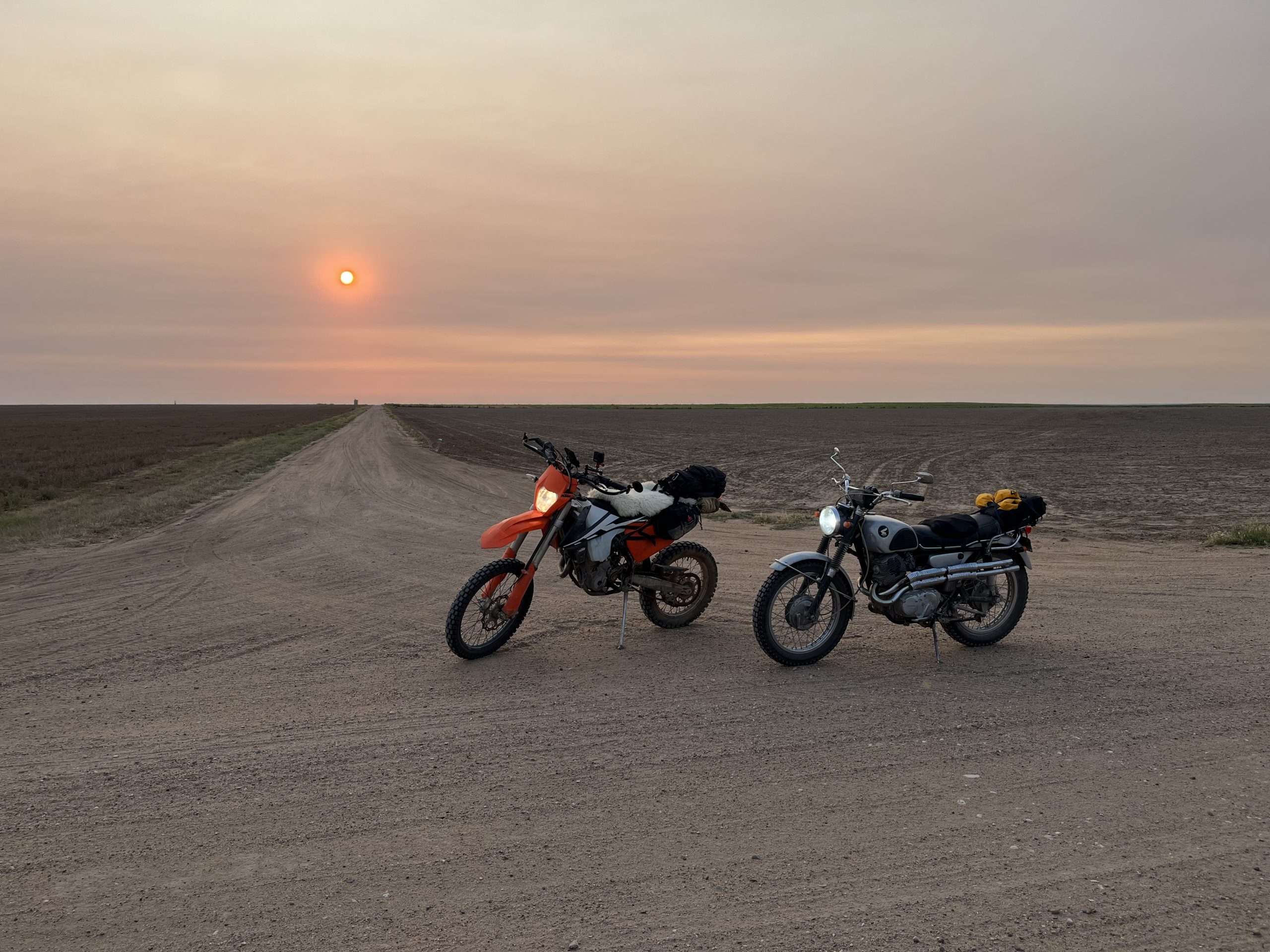 The pikes peak adventure has been in the works for the better part of four years (the earliest post on this site being in late 2018). There has been a group of around 10 dudes who have, at some degree, have expressed interest in completing the ride at some point during that long planning period. Each winter, a plan would be hatched and “wheels” set in motion towards making the trip happen. Then, as the spring would arrive, and the realities of life would settle in, one by one, folks would resign from the adventure. Don’t misunderstand, there are good reasons to not take off on a 7 to 10 day adventure away from your home, family, work, and life obligations. These decision weren’t made lightly, and in no-way have there been any hard feeling or resentment among anyone that I’m aware of. It really is just life.

2022 was different. In January the date was set for Labor Day weekend and I made the commitment that even if it turned into a solo ride I was going to take the trip to the mountain. Early in spring, Mike also seemed to put a flag in the sand and declare that he was in for sure. It is no coincidence that Mike and I are both over 50, our kids are grown, we aren’t buying new houses, and we have a little more time in our lives again for shenanigans… and you might also say that being over 50, we are fighting a bit of that preverbal “mid-life-crisis”.

There was a “condition” attached to Mike’s participation, he wanted some back up – in the form of a support vehicle. His parents have a RV and are keen on travel, so Mike wanted them to follow along, in case mechanical issues with the bikes stranded us somewhere along the way. The concept was not without flaws, most of which we didn’t fully realize until underway… it was virtually impossible for a RV pulling a trailer to traverse the roads we were riding on, and even getting to some of the camp sites proved to be a tricky proposition for the big rig. So, depending on where the mechanical issue occurred, the RV being along could have proven virtually useless. Nevertheless, having the support vehicle did mean we could pack much lighter on the bikes, knowing that the camp supplies would be “Sherpa’d” to camp each night for us… and the added benefit of meals being prepared for us at the end of the day.

The security of a support rig with a trailer and ample tools on board was particularly appealing to Mike because of his choice to ride a “classic” bike. In the end, maybe it was a self fulfilling prophesy, bad luck, or just the way the world works, but Mike’s bike did see some mechanical issues, starting as early as the second day there was just something off… You can read more about the bikes of the trip by clicking here. The short version is, at 1150 miles into the trip, roughly 400 miles from the top of the mountain… Mike’s bike became unridable.

So on the morning of day 5, in Meade, Kansas, we set off with the Comanche grassland and Carrizo Canyon as our destination. Mike had “fixed” the 305 the night before and we were confident that we would cover the next 450 miles to the top of Pikes Peak. It wasn’t very long, however, until the issue with Mike’s bike appeared again. Pulling into Kismet, Kansas running on one cylinder we parked at a CoOp gas station and decided to take the time to get the bike right. There aren’t really too many things that can make a old Honda run bad… surely we could fix it here and keep going.

Starting to tear down the bike at about 9:30 on Friday morning we felt we could have the bike back running strong in an hour or so… Well, at 1PM, it was clear Mike’s bike was not going to be rideable without some specialized parts… and while his online fan club was eager to assist and ship the part fed-ex, getting the parts delivered to the wilderness of Colorado where we were headed in time to make the repair and keep riding on Saturday wasn’t possible. So the best case would have been to have the parts shipped to Pueblo, and pick them up on Saturday afternoon, install them Saturday evening and ride the last 165 miles to Pikes Peak on Sunday.

With my bike still fully operational, there were other options for me. I could load my bike on the trailer with Mikes’s bike and head to Pueblo in the RV, or could ride solo to Carrizo from Kismet Kansas. However, the latter decision was considerably more complicated than it might seem. First, it was already 1PM and we were only abouit 50 miles down the road of what was scheduled to be one of the longest rides of the week. We had discovered the dirt paths in western Kansas were super dry, and hard packed… but randomly covered with up to 6 or even 8 inches of powdery silt type dust… at speed, these roads were more than a handful. Even if I could have made up time by skipping rest breaks, the road conditions would have made the time to camp difficult to complete before sunset.

That was the point, right there in Kismet Kansas, that the reality of failure really set in. We loaded the bikes on the trailer and headed back to Indiana (about a twelve hour drive in the RV).

Was it a failure? Yes, of course it was. Was it also one of the most amazing, exciting, and fun times I’ve had in my entire life? Yes, of course it was! There were thousands of things that could have gone wrong, and having traveled 1150 miles in 5 days through the “wilderness” and back roads on motorcycles with ONLY a broken bike and a few hundred mile less riding to point to as a fault… well, that should be a win in anyone’s book. It certainly is mine.

The bikes for Pikes Peak