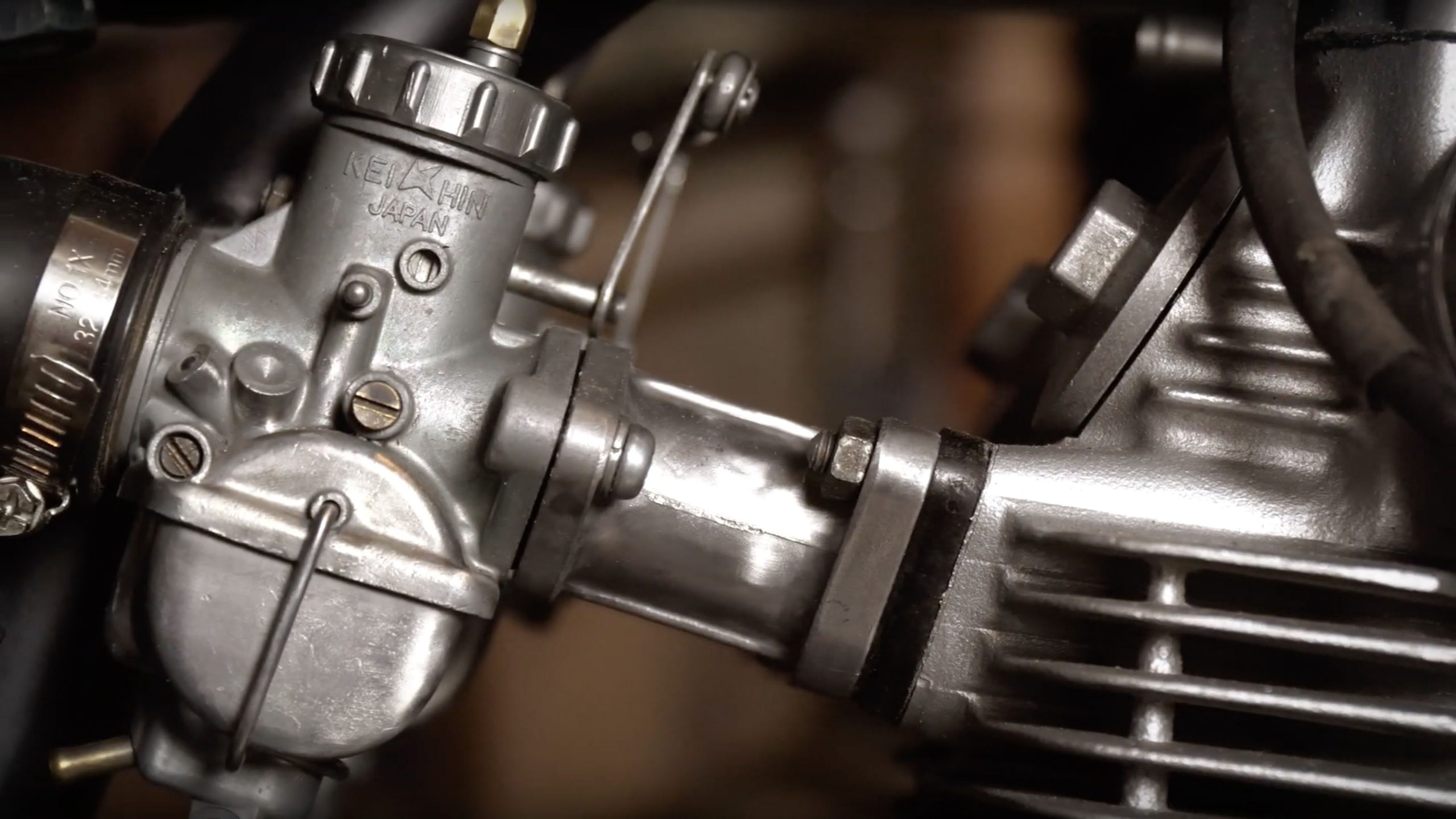 Installing the engine back into the bike is a major step on the project. We took the time to “customize” the frame by using an angle grinder and cut off wheel to remove un-needed brakes and mounts. The seat mount was also hacked off, and the frame was sanded and painted.

It really cleaned up nicely.

New seals were put in place, on the main output shaft, clutch rod, and all the other shafts coming out of the crank case. It was then time to place the engine into the freshly painted frame – with only a few scratches. Of course new hardware was used to lock in the engine.

Using some sealer on all the gaskets the freshly polished side covers went on and the engine install was mostly complete… except for the carburetors. The task of going through the carbs was put off for some time, mostly due to the exceptional good state of repair.

So a quick clean up was all that was needed. Using a gallon of carb cleaner the dual slide carbs went for a soak and came out ready for action.

Next up, wheels and tires, and more assembly!