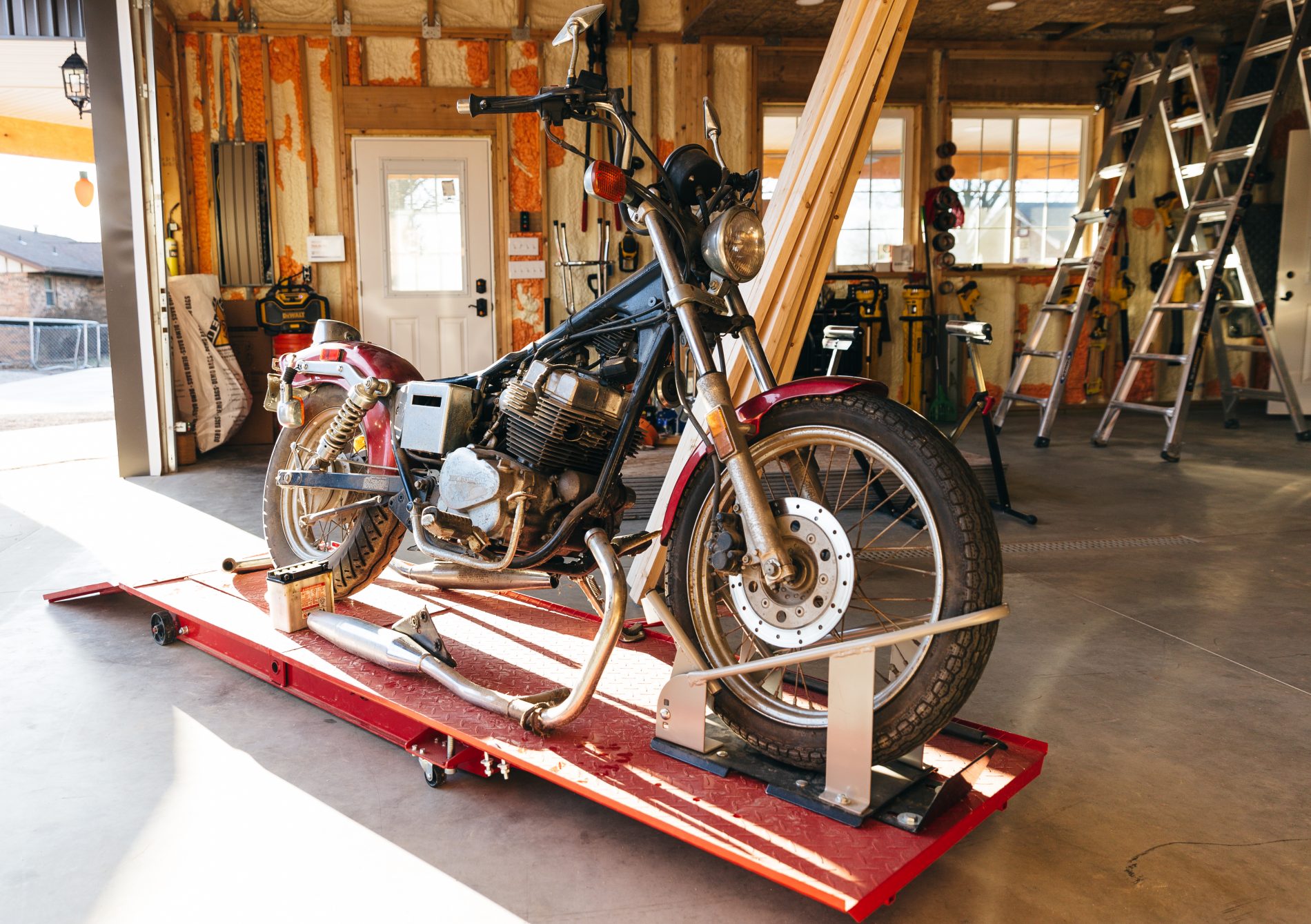 Here we are. The third installment in the old Honda bikes that could; my ’86 Rebel.

This bike has been sitting in a shed for about 13 years, and then a containment unit for another year. Originally, my father was gifted this bike from my grandfather; an avid Honda Goldwing enthusiast delighted to see his son-in-law interested in motorcycles.

With just over 15 thousand miles this particular example no doubt had many owners prior to my father, but seemed to be maintained very well mechanically. That’s the thing about Rebel 250s. These bikes are usually bought, ridden until you get the hang of riding, and then resold for the same money in almost unused condition to graduate to something bigger.

Regardless, I was ecstatic to pull the bike out and start wrenching on it.

When I first started digging in to the bike it was clear that the carb would need a rebuild, a broken exhaust stud fixed, and the fuel tank flushed out. Other than that, the bike had always run true so there isn’t much reason to suspect it wouldn’t continue to do so after some freshening up.

Time had not been particularly kind to the carb, and the jets inside were too seized and busted from attempted extraction that I had to decide to junk it altogether. Unfortunately, a first-gen Rebel carburetor goes for hundreds of dollars USED with only a few listing to choose from. I opted to go for a dual aftermarket carb swap, with all the major conversion pieces available cheaply online.

The broken exhaust stud was originally going to be far more of an issue than it turned out to be (although it could come back and bite me again). It had broken off flush with the head, and I was planning on having to pull the engine to replace the entire head itself with a new one. Luckily, there was just enough stud to pull it out and replace it with a new one that seats almost as good as new…

As far as actually getting the project running, we’re pretty close. The carbs need to be properly seated and sealed with some uniquely-sized clamps, as well as synced and tuned. Otherwise, reinstalling the tank after it’s properly cleaned out is all that’s keeping it from breathing again.

A few odds and ends still need to be purchased before the bike is officially road worthy: tail lights and rear turn signals, as well as a fresh set of rubber for anything other than around town.

The Rebel is already a pretty stylish bike in stock form. I think Honda did a great job of creating an extremely accessible bike that still looks the business.

However, I plan on instituting a few changes to the bike to make it my own.

Already, the stock air box and chrome battery cover are off, and will stay off after the bike is done. I plan on upgrading to a small, lithium battery and relocating it to the fender inside of the frame. This should open up the center of the bike, giving it a little more of a rugged and clean feel. With the stock air box removed, the air cleaner will be visible in the middle of the frame rails which should look pretty cool.

There are plenty of other small things to think about doing, but I am mainly concerned with getting the bike running and getting myself riding.

Here’s to another project!