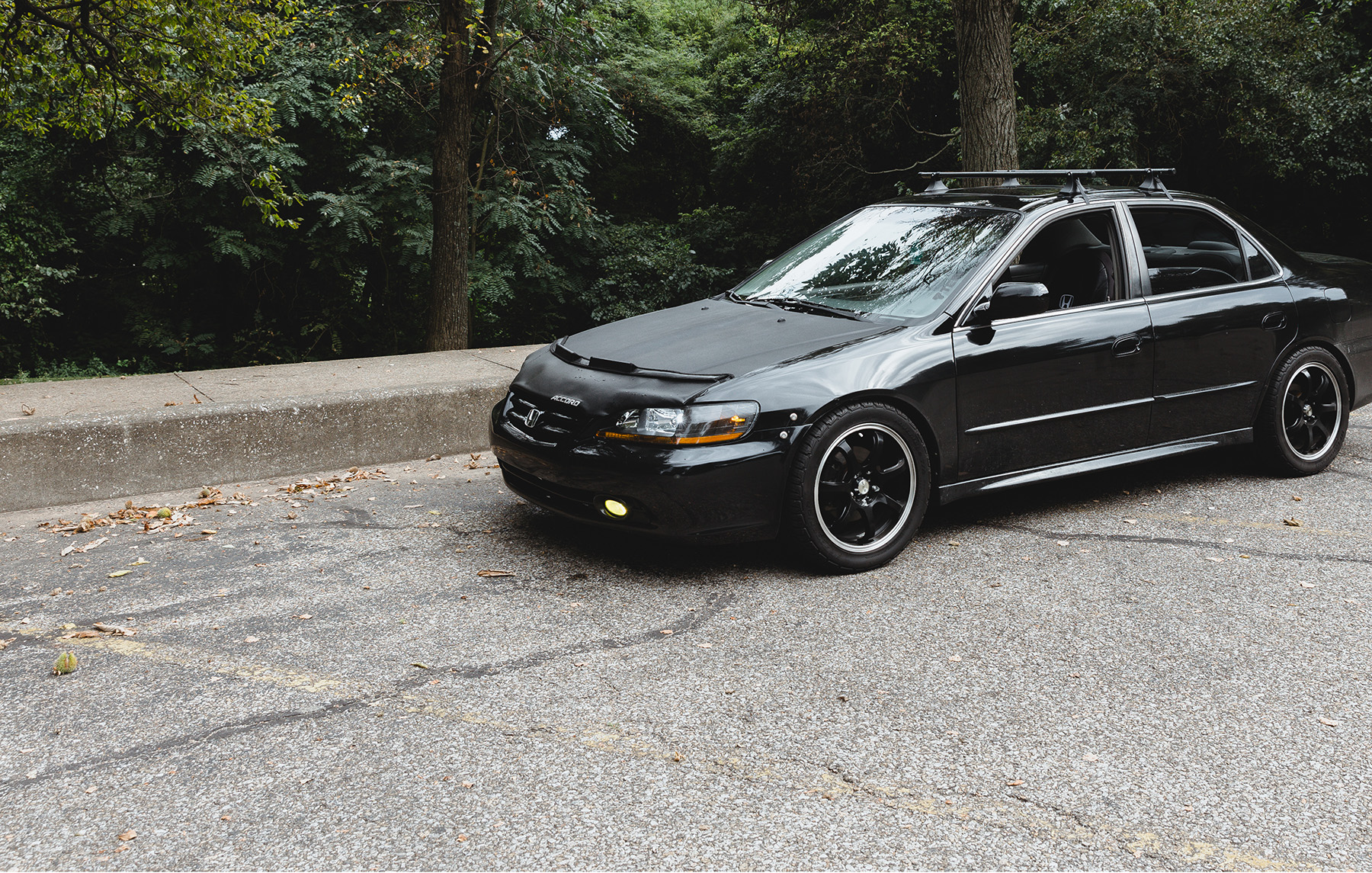 I have owned my 2001 Honda Accord for almost four years now. The small, black sedan was delivered to me from my grandparents with just shy of 270,000 on the original engine. Typical of an older couple with a beloved car, it ran surprisingly well and came with a fat stack of maintenance receipts.

It is important to know that I consider myself a car enthusiast, and with that come many irrational and financial automotive temptations that would otherwise never occur to a “non-car person.” Understanding these potential pitfalls is essential in seeing why this all went down the way it did.

People lower Hondas. They just do. If you can’t be fast, you can play the other game, which usually involves how much of a hairs breadth you can put between you and the asphalt. The stance of the car looks cool, you get your street cred, and you can even talk about how your car handles better to your fellow car-mates. However, as you may have guessed, this leaves your bumpers, exhaust, and any other low-hanging bits vulnerable to unwieldy tarmac. In the spring of 2018 I decided to buy myself a set of Tein coilovers and do a bunch of other visual modifications.

You may be able to guess where this is going.

I left my house around 6:30pm after work for Goodfield, IL. My cousin lives there, and I was supposed to be meeting him to leave for a two-week hiking and camping adventure out West the next day. Goodfield is about four and a half hours from where I am in Southern Indiana, which is just long enough for you to worry a little bit about your not-so-new Honda-mobile.

I had scraped and banged my way about an hour into the road trip when I misjudged a large divot on a country road. A gut-wrenching sound of metal on chunky concrete exploded through the cabin of the car; definitely sub-frame. To my surprise, the car continued running like a champ.

That must’ve sounded a lot worse than it was, I thought.

Actually, it was exactly how bad it sounded.

Not another hour passed until I noticed my engine temperature gauge begin to climb rapidly. I pulled over right after a busy off-ramp. Not the best place to be, but I did not have much of a choice. Popping the hood revealed a clean engine bay, but a radiator with no coolant in it. Green liquid dripped from the sub-frame under the radiator, confirming the reading from the reservoir tank.

I was shortly pulled over by a police officer who saw me limping my car back towards a small town with my hazards on. He helped arrange a tow which, to both of our dismays, ended up taking until nearly 1 AM despite the fact I was sandwiched between two towns with tow services.

The tow truck driver was more considerate and helpful than I deserved in those early hours, and offered to take my car to the shop he worked for. He even offered to let it hang out while I was away on the trip. This answered my “How is this going to be fixed?” and “Who is going to let this sit at their place for two weeks?” questions all at once. This guy saved the day, and I couldn’t have been more grateful.

I returned from our trip and collected my car from the tow trucker’s shop. They installed a new radiator, and the car ran just as it had before it ate concrete two weeks earlier. The return portion of the trip was far less eventful, but that was probably a good thing.

Now I’m sure there are things I could have done to avoid this. However, I think everyone gets bit by this kind of bug at some point. With coilovers on a street car, you’ll find out that stiffer does mean stiffer, and scraping really does mean scraping. But, this really doesn’t stop any of us.

So, if you’re driving a 300k mile Honda Accord on a road trip, it’ll probably do what you ask of it.

Just make sure your tires are the only thing hitting the road.