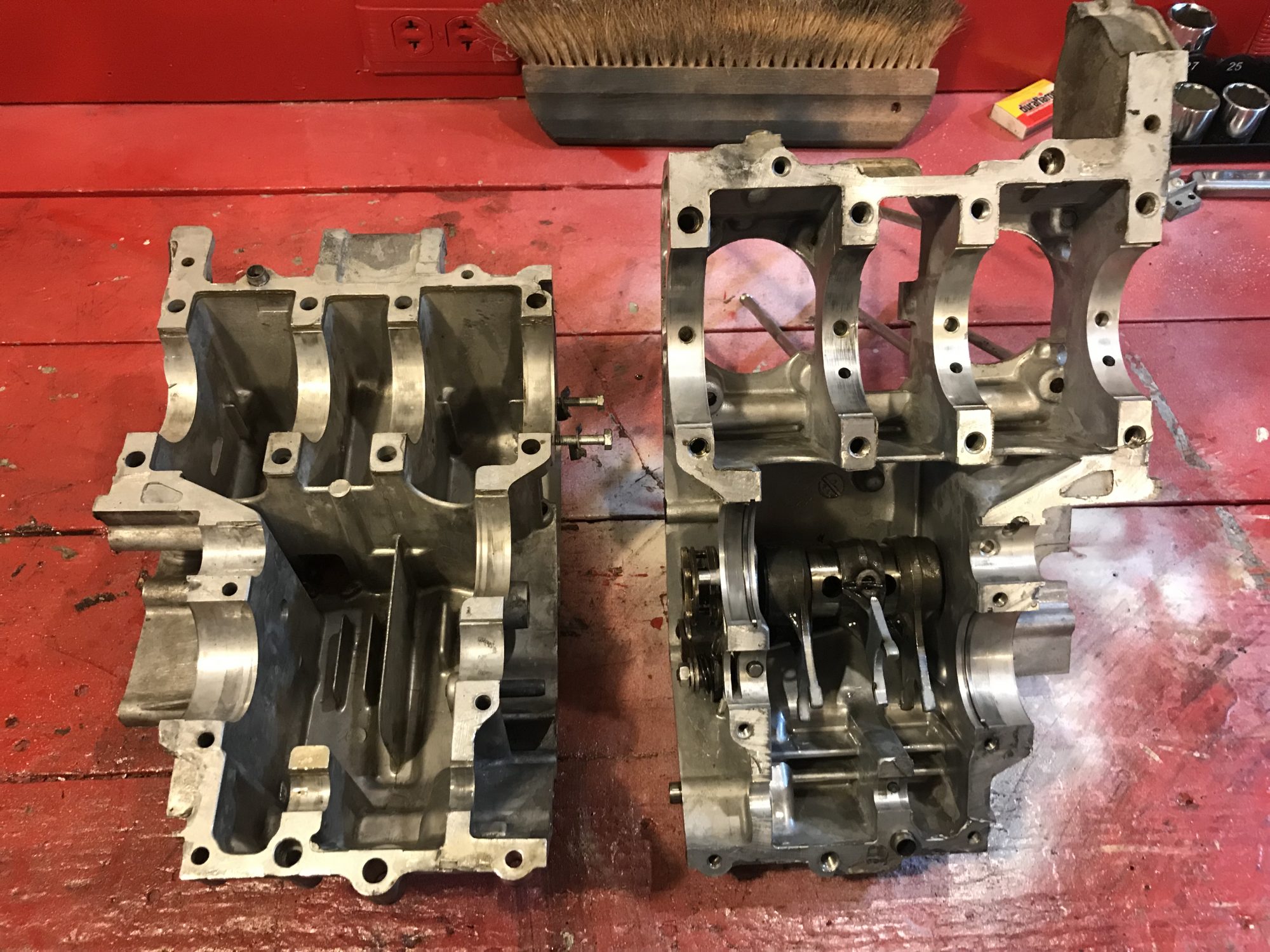 We didn’t even bother checking compression on the Honda SL175 before we tore it down. The previous owner told us that the bike had not seen use in over 35 years so prudence dictated that all the internals be given a good look over even before we tried to fire it up.

Besides, we had two issues that necessitate the tear down anyway:

Working on an old vehicle like this is similar to forensic science and archeology wrapped into one. It is fascinating to try to establish what has transpired in the past and look for clues to keep the tragedies of history from happening again.

With the engine disassembled, the kick starter issue was a quick diagnosis. The ratchet mechanism is located in the engine case by a “tang” that fits into a valley in the casting. The bike had obviously been torn down previously, and re-assembled with the kick starter not “locked” in.

Could this have been what put the bike out of commission? There are other clues that support our theory that the bike had been rebuilt but then not used.

The bike had obviously seen some significant thrashing, many of the parts showing well worn scars. The paint on the tank, and rear fender seemed almost brand new. The carbs were spotlessly clean inside, as if they had never been used. Could there have been something that required a previous rebuild and the engine to be dismantled. Then upon completion the kick starter didn’t work so the bike was placed out of service for the past three decades?

The shifter seemed to all be installed correctly… some closer examination would need to be done to find the culprit there.

The big question was the condition of the heart of the engine… the pistons and cylinders. Trouble here would necessitate machine work, so we broke out the calipers and bore gauge.

What we found was a well worn engine just slightly outside spec. The cylinder was only just a little to big… and the piston was only a little to small. Together though the gap was defiantly in the in range of needed some attention. The rings were well out of spec and definitely warranted replacement.

Would it have run as it was… sure (especially with a new set of rings). A little down on compression, a little oil burning, a little rattling of the pistons… who knows how much longer it could have been ridden – probably a very long time… especially in a mild manner fashion.

However, we are committed to doing this right, and in this case that means boring out the cylinders and going to new oversized pistons.

Of course, most sensible folks think of boring an engine as a job for the local machine shop… and they are correct. However, sensibility is not always my strongest trait…

So stay tuned to see how we do it…