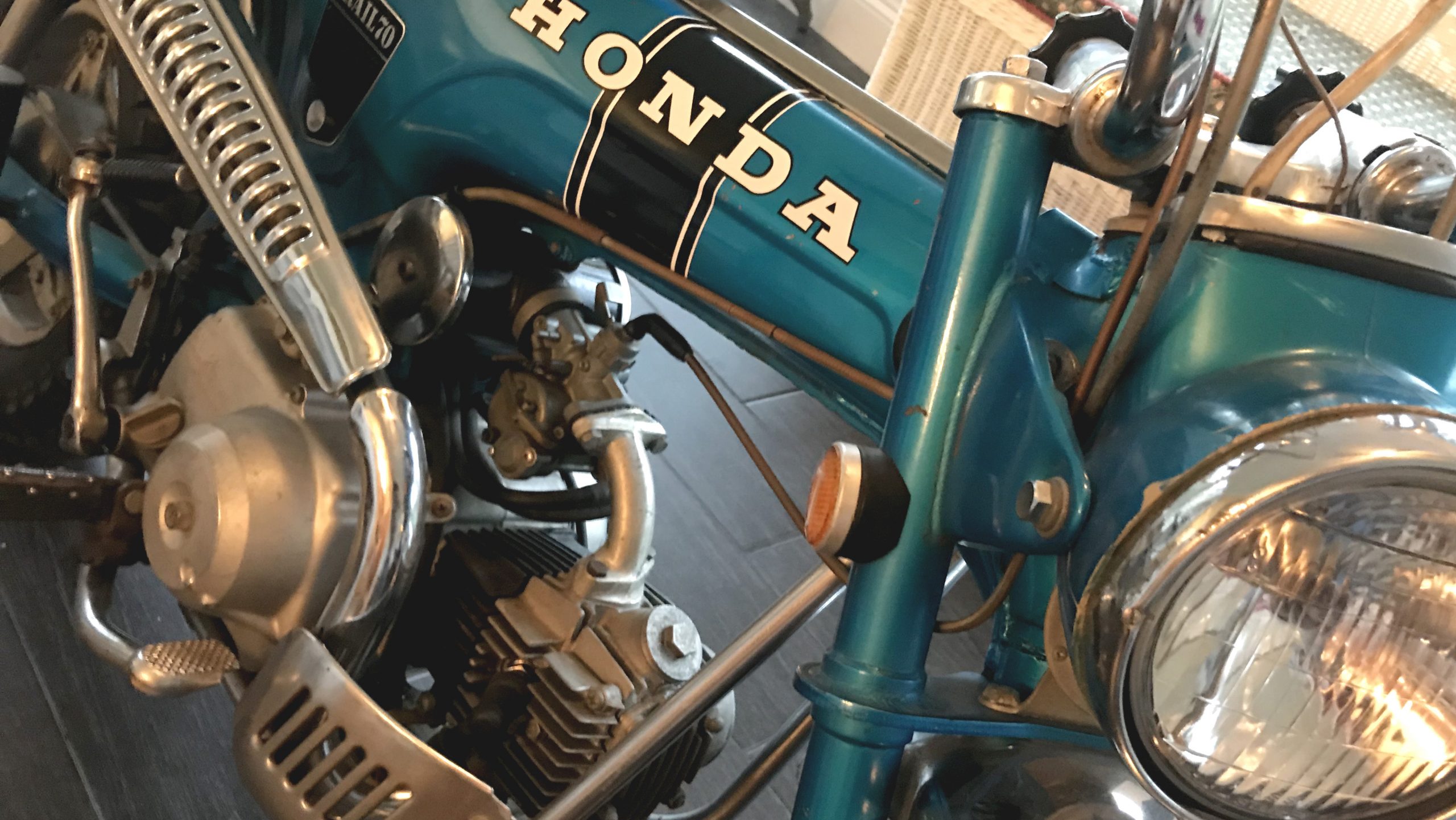 The gears were turning and we were in full on “scheming-mode”. The epic trip to Colorado in 2019 would be on two wheels, and the smaller the wheels the better.

Mini-bikes were the chosen ride for the journey of a lifetime. Probably 1300 miles on back roads to be covered, and we wanted to stay at 45MPH or slower… just because.

More about the Pikes Peak Adventure

So looking to get our hands on a little motorcycle, my friend Will and I took a trip to a Honda dealership just out of town to check out the new 2019 Monkey Bike – the first one in our area. After a careful examination of the new bike, Will and I stopped in on my previous employer. We took a tour of the shop and told about our crazy idea to ride little motorbikes across the country.

My good friend and former boss said “You mean like the Honda CT70 I just bought a few months ago?” I said EXACTLY like that. He said “I’ll show you the bike downstairs…” so we stood around the all original 1970 Honda and he then suggested we take it outside and ride it around the parking lot.

A short time later, after we had taken a lap on the bike (and appropriately giggled like school kids) my friend said, “Tell you what, instead of me hangin’ that thing on the wall around here, why don’t you take it home and use it. You can bring it back when your are done… that way I can be a part of your trip without actually having to do anything.”

So any reluctance to the idea of using a vintage Honda CT70 for the road trip went away when that bike landed in my home office. Next up is testing the bike to find the weak points and figuring out how the heck to make this thing legal with no title and no bill of sale… stay tuned.

Last ride for the CT70 – before we transform it.